Every winter in Hawaii beginning in November, pods of magnificent humpback whales migrate from Alaska to the warm waters of the Hawaiian Islands. February usually marks the peak of whale season in Kona, as thousands of whales become “snowbirds” in Hawaii, arriving here to breed, give birth and frolic along the shoreline.

It’s easy to see whales from land or sea in Kona. Sightings occur everywhere along the coast of West Hawaii including South Kona, Kailua-Kona, the Kohala Coast and northward along the North Kohala coastline. The spout or “blow” of the 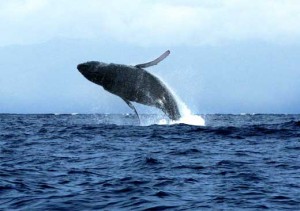 humpback whale can reach heights of 25 feet in the air. Other behaviors include spy hopping, breach, pec slaps, fluke slaps and leaping, or breaching, out of the water. Male whales will often escort mother whales and their calves. When a calf is born, the mother will usually remain close to shore with the baby to nurse and rest.

Several whale-watching tours leave daily from Honokohau Harbor, as well as Kailua Pier. But you don't have to board a vessel to see these dramatic pods of whales in action. Just set up a picnic lunch along the shore, or enjoy a sunset cocktail at any number of oceanfront restaurants in West Hawaii, and you're likely to see some activity if you keep a close eye out. 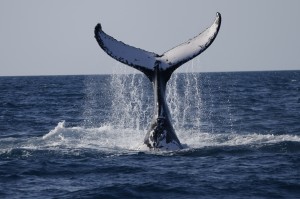 A typical pod of humpback whales numbers around 3 or 4, and sometimes up to 8, all gathered together. When you see your first spout, you might have to wait a while to see the second spout, because an adult humpback whale can stay underwater for up to 40 minutes. Juvenile whales, on the other hand, will take breaths on the surface of the water at least every five minutes.

When a whale dives under water, this is the time that its fluke, or tail, can be seen in a straight-up position. The most thrilling example of whale acrobatics is the breach, in which these gentle giants can hurl themselves completely out of the water, landing on the surface with an enormous splash. Resembling the roar of a construction site, the tail slap can be heard all the way on land. Depending on how sound travels and where you are living, the sounds of tail slaps can actually keep you awake at night.

One of the rarest sights for the whale watcher is the sight of a mother whale giving birth. Some bays, like Kealakekua Bay in South Kona, provide sheltering place for giving birth. Another bay below the South Kona subdivision of Kona Paradiseoffers perfect, deep conditions for pods of whales to gather and rest.

Whales songs are emitted by both males and females, although the male is thought to be the most vocal. Songs can continue for up to 20 minutes and can be heard from miles away. 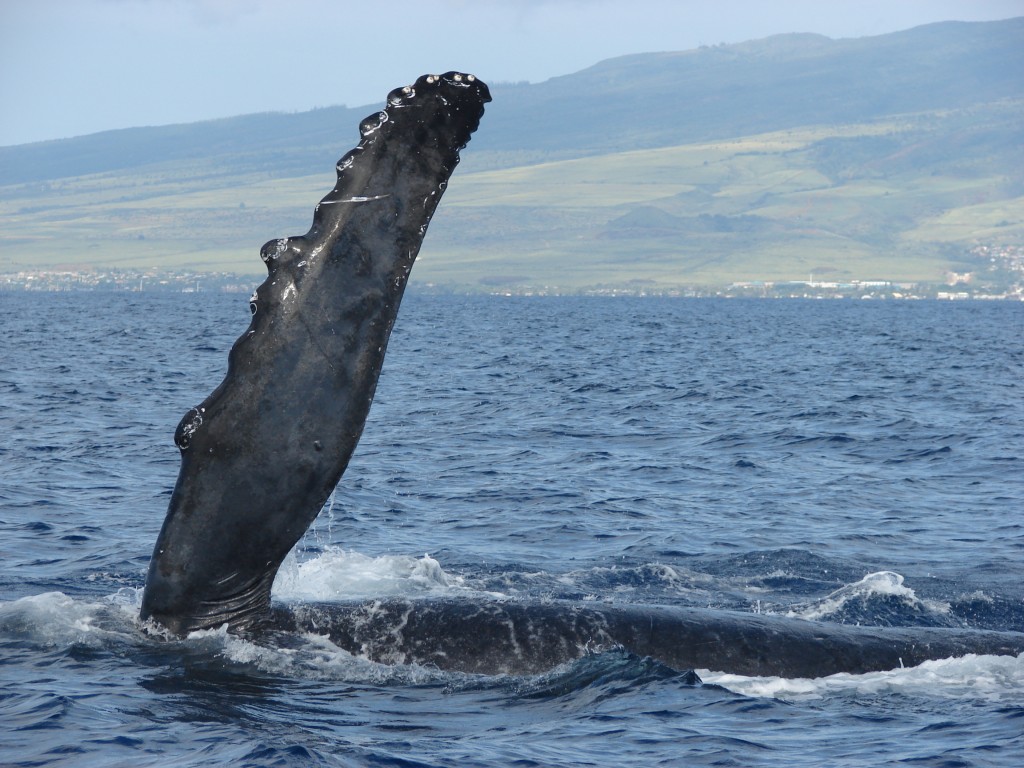