It’s one of the most beautiful and historic bays on all of Hawaii Island. Located in South Kona below the town of Captain Cook, Kealakekua Bay is known worldwide for the pods of spinner dolphins that frequent the waters there. A popular destination for kayaking and snorkeling, Kealakekua Bay is nestled in the shadow of the towering cliffs of the Ka‘awaloa Pali. On the north side of the bay, a monument to the great navigator Captain Cook stands sentry above a small wharf. The azure-blue waters near the monument are perfect for snorkeling.

There is a hiking trail from the top of Napo'opo'o Road. The trail is the only way to reach the Captain Cook Monument area 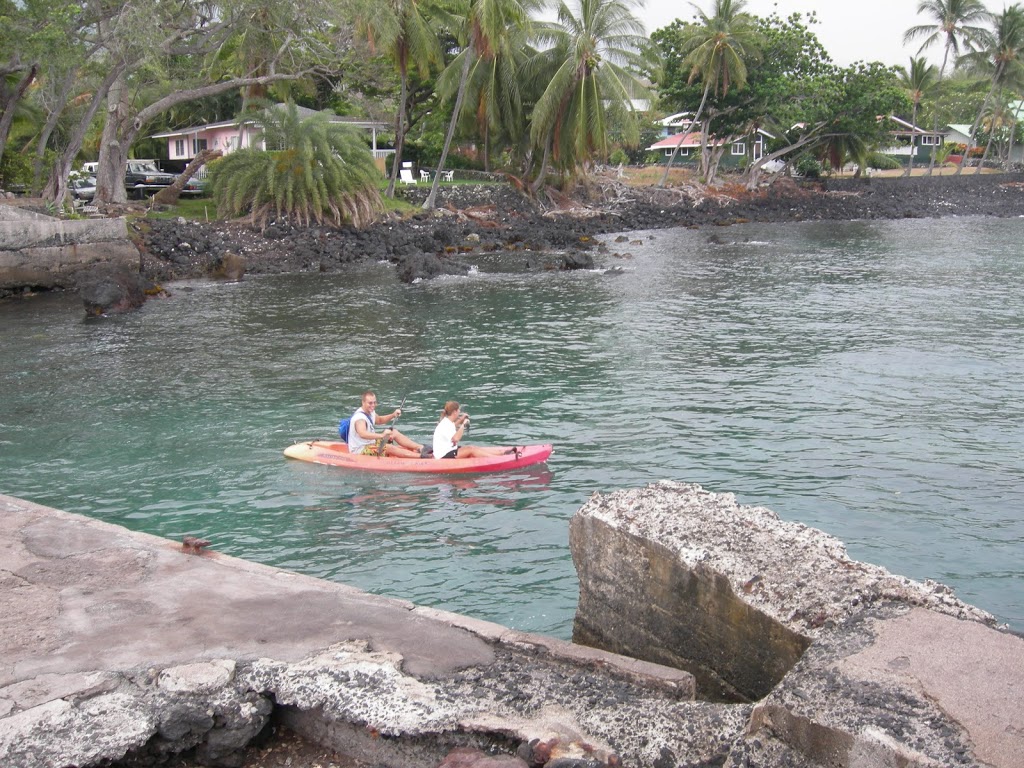 of the bay by foot. By water, licensed kayak operators like Kona Boys and Aloha Kayaks offer twice-daily guided tours to the monument. However, conservation rules now prevent the launching of individual rental kayaks into the bay (unless you are a resident of the bay with a permitted kayak).

There are also snorkel boat cruises that take visitors to the bay. Fair Wind departs twice daily from Keauhou. Another operator, Body Glove offers historical sunset dinner cruise offers narration of about the rich history of the bay. Captain James Cook himself was killed at the bay in the late 1700s. Kamehameha the Great frequented the area in his early years. The cliffs of Ka'awaloa contain known burial caves. There is also an ancient heiau (temple) fronting a rocky beach in the village of Napo'opo'o,

If you want to visit the bay from a more accessible vantage point, drive into the village of Napo‘opo‘o and go to Manini beach park. Featuring picnic tables and a grassy lawn, this privately leased park is open to the public. There is a small sandy beach entry into the bay, perfect for swimmers and standup paddle boarders.

Kealakekua Bay is a marine conservation zone. Thus there are preservation issues that one must be aware of when visiting the bay. Because of excess and illegal kayak rentals in years past, the Department of Land and Natural Resources has implemented restrictions on the number of kayakers allowed on the bay. Also, kayakers are no longer allowed to land at Ka‘awaloa Flats, for example, due to potential damage to the delicate coral there. The bay is home to spinner dolphins, who come there to rest during the day. Chasing dolphins in the water (“swimming with dolphins”) has become a politically controversial activity in the bay. If you encounter dolphins in the bay, do not chase or harass them. 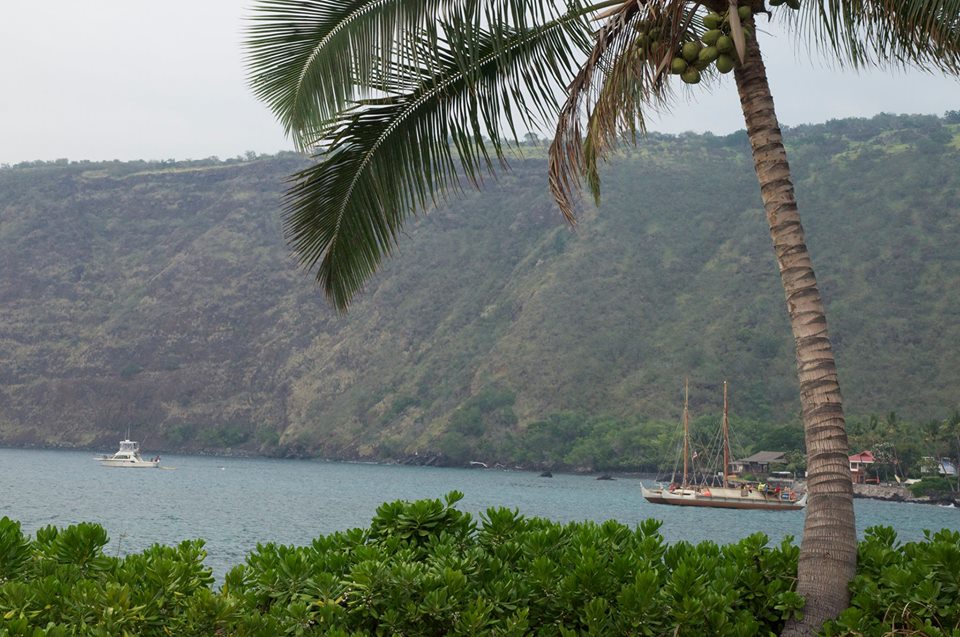