The Mauna Ulu eruption of 1960-1974 was one of the longest-lasting rift zone eruptions of Kilauea. A hike along the amazing Mauna Ulu trail is one of the more dramatic treks you can take in Hawaii Volcanoes National Park. 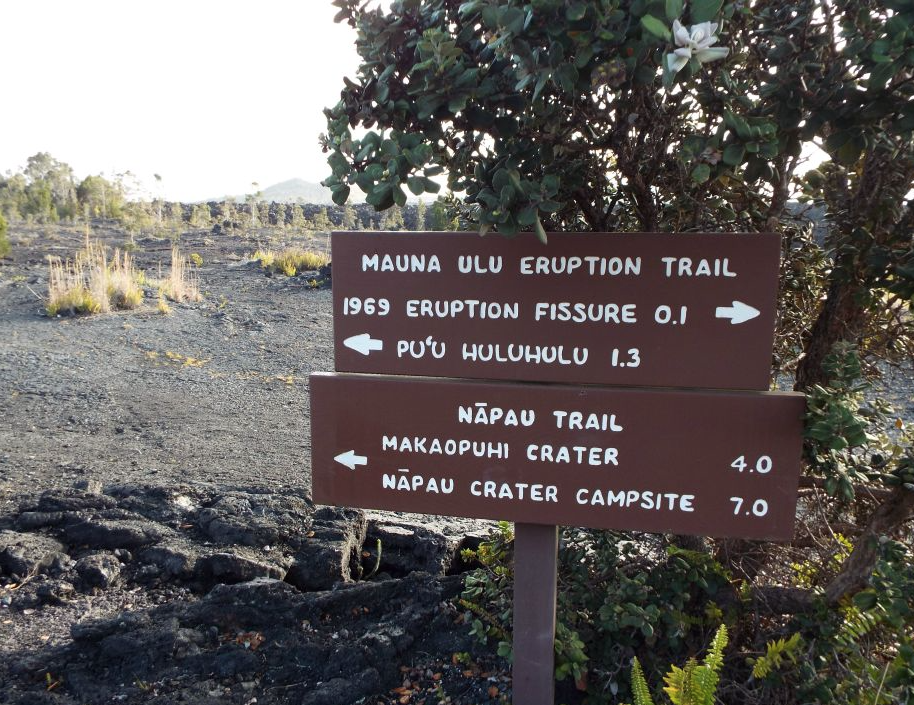 It was on this hill that Volcano Observatory scientists nearly lost their lives observing the Mauna Ulu eruption. The story of their ordeal is outlined in the Mauna Ulu trail guide. Read their eyewitness account of how they ran for their lives down the hill to escape the spewing lava fountains. At the Jagger Museum in the park, you can view the burned clothing of one of the scientists from that day. 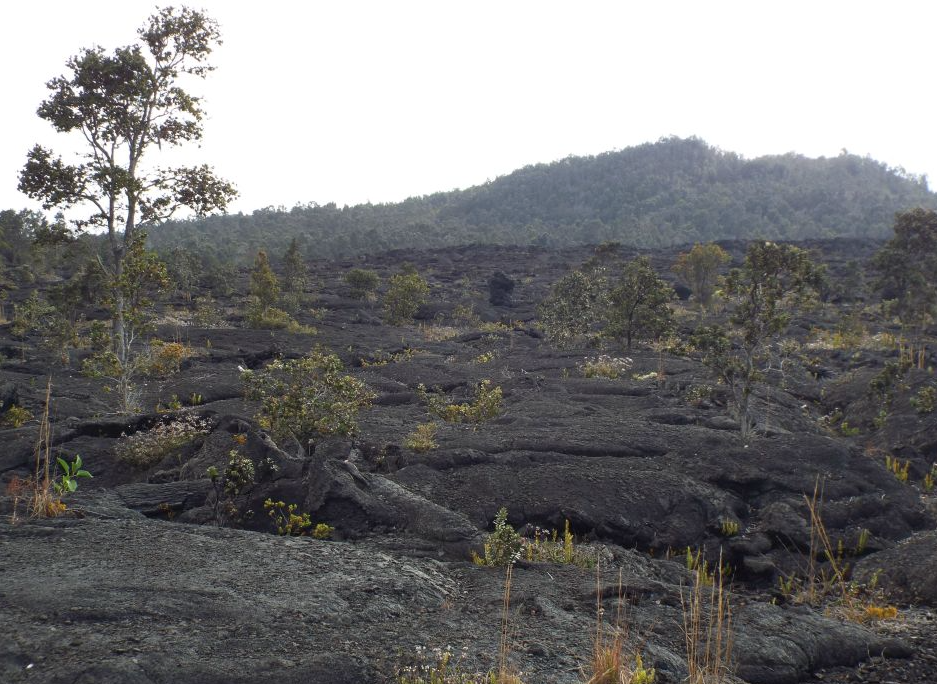 The entire Mauna Ulu hike takes about two hours. To begin, stop at the Visitor Center in the park and purchase a trail guide for the Mauna Ulu trail. You’ll want to read up on all the intriguing details as you hike along the meandering trail. Some of the most iconic and dramatic eruption footage and photographs in the history of the park were filmed during this incredible flow, such as lava fountains soaring high into the air, and massive lava waterfalls the size of Niagra Falls cascading 80 feet over cliffs on the march toward the sea. Once you understand the history of the flow, you can easily see significant landmarks like the Mauna Ulu vent, newly formed lava shields, and former craters that became overtaken and filled with lava. Another amazing site is the juxtaposition of the chunky a‘a lava with the smooth and ropy pahoehoe flows that abutt each other along the trail.

Flows from the Mauna Ulu eruption covered 40 miles of the island. You can see and understand its fiery origins on this fascinating hike. To reach the trailhead, drive down Chain of Craters Road to the Mauna Ulu parking lot. Bring plenty of water with you, plus sturdy footwear and a light jacket. 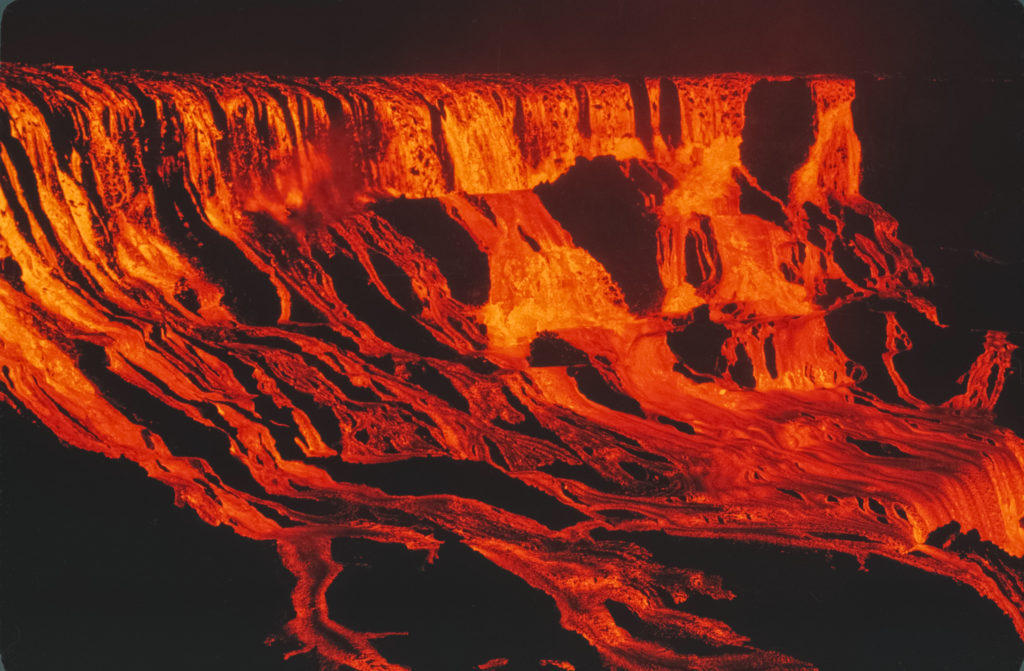